The professional staff of the Olathe Chamber of Commerce works to promote your business, provide programs and activities to benefit the entire membership, and strengthen the business climate of the Olathe area. The Chamber staff is an extension of each member investor’s own professional team. 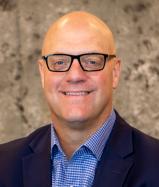 Tim McKee’s career at the Olathe Chamber of Commerce began in Spring 1998. In cooperation with the City of Olathe, he quickly developed and implemented an ambitious economic development program that has resulted in Olathe being one of the fastest-growing cities in the United States for most of the last decade. Now serving as the Chamber’s CEO, he works with the Board of Directors to set the Chamber’s program of work, which involves advancing the economic well-being and quality of life in Olathe through the following Chamber departments: Economic Development, Convention & Visitors, Membership Services, Business-to-Government Advocacy, and Leadership.

Prior to joining the Olathe Chamber of Commerce, Tim spent four years at the Overland Park Chamber of Commerce, honing his economic development skills. Tim’s involved in many service organizations, serving on the board of directors for the County Economic Research Institute, the Institute for Organizational Management, a program of the U.S. Chamber of Commerce, and chairing the Greater Kansas City Foreign Trade Zone Board. In 2006 he was chairman of the board for the Johnson County United Way. Tim received a bachelor’s degree in business from Southwest Missouri State University. He enjoys running, golfing, and outdoor activities of hunting and fishing. 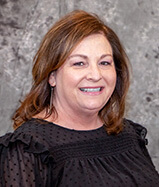 Mary comes to the Chamber after spending 12 years with the Olathe Public Schools. During her time with the district, she served as a library clerk and, most recently, as an administrative assistant in the Student Services department.

A native of Louisiana, Mary enjoys baking, cooking her native Bayou dishes and crafting. In her spare time, she likes dinner with friends, and spending time with her husband, two daughters and their dog. 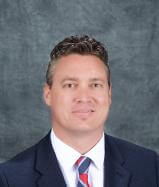 Jim joined the Olathe Chamber of Commerce in April 2016. He graduated from Westminster College with a degree in English and brings two decades of communications experience with him as the director of communications. A lifelong Olathe resident, he comes to the Chamber from the Olathe School District where he was the manager of communications. He spent eight years as the sports editor of The Olathe News before becoming the managing editor of event media at Ascend Integrated Media — a leading business-to-business publishing company in Overland Park — before his time at the Olathe School District. Jim enjoys running and spending time with family and friends. He and his wife, Aisha, have a son, Gunner, and twin daughters, Elise and Kyra. 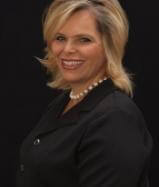 Bright has been lobbying on behalf of Kansas business associations for more than 14 years, specializing in business issues, specifically in the areas of taxation, human resource, insurance, judicial reform, and transportation. She received her law degree from Washburn School of Law in 1998 and began lobbying for the Kansas Chamber of Commerce and Industry during the 1998 Legislative Session. 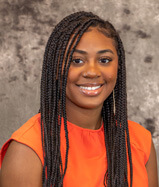 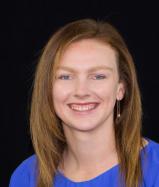 Allison is a sales and services professional who brings with her five years of experience in the tourism industry. Most recently, she was with Visit Overland Park and began her career at Cruise Planners. She received a degree in travel, tourism and hospitality management from Johnson & Wales University in North Miami, where she also played soccer. She enjoys travelling, cooking and playing a variety of sports. 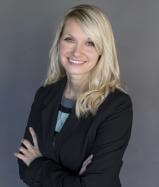 Susie took over as Vice President, Membership Investments in 2018. She comes to Olathe with 15 years of experience with membership organizations. She spent the last five years as the CEO of the El Dorado (Kan.) Chamber of Commerce where she handled all of the day-to-day operations, managed events, membership and communications. Prior to joining the El Dorado Chamber as the CEO, she spent 10 years with the Greater Wichita YMCA. She received her Institute of Organizational Management (IOM) designation and holds numerous certifications through the International Economic Development Council (IEDC). A Kansas native, Carson is a graduate of Wichita State University. Her and her husband have three daughters. In her spare time, she enjoys reading, running, spending time with family and enjoying the outdoors. 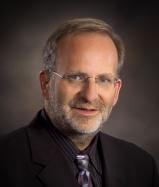 Brad Cornell began working as business retention and expansion director for the Economic Development Department in June 2008. Now, as COO, he works with Tim McKee, the Chamber’s CEO, to oversee the programs and activities of the Chamber’s Membership Services, Business-to-Government Advocacy, and Leadership departments.

Before coming to the Chamber, Brad was general manager of the Great Mall of the Great Plains for seven years and ran a variety of other regional malls and retail centers for Glimcher Properties during most of his career. He brings to the Chamber invaluable retail experience and expertise as well as leadership skills. He earned his bachelor’s degree from Morehead State University in Minnesota. 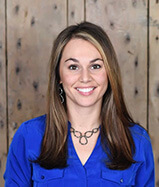 Melissa started as the Director of Sports & Events at the Olathe Chamber of Commerce in 2022 and brings with her more than 15 years of sales and operations experience. Prior to her time in Olathe, she was the director of marketing for a media franchisor within the real estate industry and served as a regional manager for Miller-Coors and Anheuser Busch.
She earned her Bachelor’s degree from the Metropolitan State University in Denver, Colo. and her Master’s degree in sports administration form Arkansas State University. She’s a passionate sports enthusiast and a lifelong athlete. 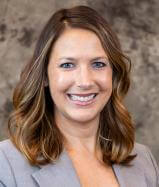 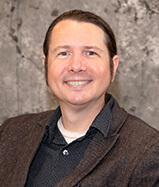 Dan Hutchins joined the Olathe Chamber of Commerce in 2014. As the webmaster and graphic design manager, Dan manages all aspects of the Chamber’s website, including design, layout and functionality and works with all departments to create marketing, informational and promotional materials to advance programs and projects.

Prior to joining the Olathe Chamber, Dan was an art director and project manager at Immersion Media, where he focused on 3D animation, multimedia development and art direction. He earned a bachelor’s degree from the University of Massachusetts Dartmouth in 2001 and graduated with honors. 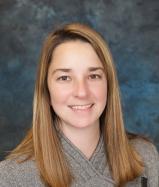 Shannon Latham joined the staff full-time in January of 2001, after serving as an intern for eight months. While in high school and college, she worked at the Overland Park Chamber of Commerce for six years. As assistant director for the Economic Development department, Shannon works with new business prospects, maintains updated demographic information and coordinates the meetings and events for the department.

Additionally, Shannon handles the tax abatement applications and analysis required for the City Council. Shannon earned a bachelor’s degree in political science from the University of Kansas. In her spare time she enjoys outdoor activities, traveling and spending time with her husband and two daughters. 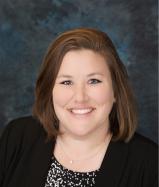 Sara Misemer began her job as manager, events and activities, in June, 2007. Prior to this position, she served as business retention and expansion manager for the Economic Development Department, beginning June, 2002. Sara’s responsibilities include planning the Chamber’s annual meeting, State of the City luncheon, Chamber Golf Classic, Blazing New Trails, Business Lunch Series, as well as various other events throughout the year. She is a 2004 graduate of Leadership Olathe. She graduated with a Bachelor of Arts degree in communication studies from the University of Kansas. Sara enjoys traveling, KU basketball, photography, summers at the lake and spending time with her family and friends. 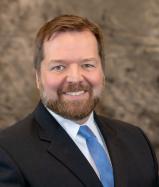 Doug Norwood graduated from St. Cloud State University in Minnesota and brings more than two decades of IT experience with him. He spent 10 years in the Air Force and Army, leaving as a communications officer. Most recently, he spent a decade as the manager of IT at Custom Storefronts in Olathe. 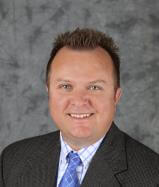 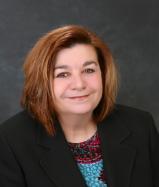 Before coming to the Olathe Chamber of Commerce in 2014, Sharon Puddington, CPA, was the director of finance/human resources at the American Jazz Museum where she was responsible for all accounting functions and coordinated the audit and tax engagements. Prior to her tenure at the American Jazz Museum, Sharon held controller positions in Dallas Texas at the Dallas Stars Hockey Club and Dpi Teleconnect.

In her role today, Sharon handles the day-to-day responsibilities related to reviewing all financial statements and internal and external reporting, working to ensure all financial information is presented accurately and in accordance with GAAP.

Sharon earned a bachelor’s degree from Iowa State University and has an MBA from Southern Methodist University.

In her spare time, Sharon enjoys spending time with her family and friends. 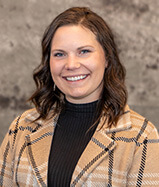 Chelsea grew up in Salt Lake City, Utah where she began her career in sales and management. She and her family relocated to the Kansas City area a few years ago.

Prior to arriving at the Olathe Chamber, Chelsea worked in the KC area in property management overseeing mixed-used properties, community engagement events, and working alongside small business owners to promote their growth.

She and her family love to travel and explore the outdoors, but also love staying in and enjoying each other’s company. 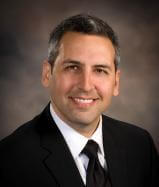 Casey Wilhm joined the Olathe Chamber of Commerce as director of business retention and expansion. Wilhm works primarily in the Chamber’s Economic Development department, assisting the growth and expansion of existing Olathe businesses. He also cooperates with the Chamber’s Convention & Visitors Bureau by promoting the importance of hosting business meetings and conferences in Olathe and utilizing Olathe hotels.